​Lance started writing late in life (very late some may say...55). In 2006 he published his "An Amorous Aussie" book of poetry and has sold it to all corners of the world, and along the way won a couple of poetry awards.

A musician friend Terry Doyle in Cairns, suggested that his poems were of a very lyrical nature and that he should try writing song lyrics, that was in 2007, and some almost 1000 lyrics later he's hooked.

A trip to the States in 2007 to seek out music writers gave him the opportunity to see first hand how songs were "created" within the studio environment and he will forever be thankful to two great friendships made whilst over there. Tess and Lonnie Good two great singer/songwriters gave him the heads up as to what to look for when he got back home and start his search for more collaborators. He has also collaborated with another friend he contacted on "myspace" PJ Steelman, who also gave him plenty of valuable advice.

Always on the lookout for new music/melody collaborators, Lance hopes this website will give other music writers an idea of what his songs are about and may entice them to give him a call.Type your paragraph here. 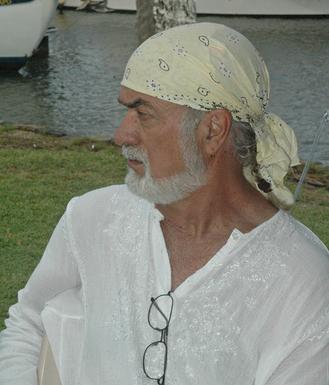 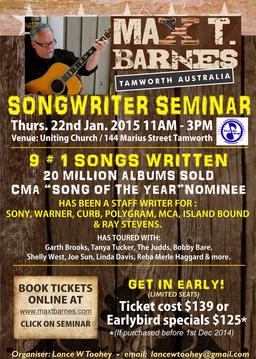 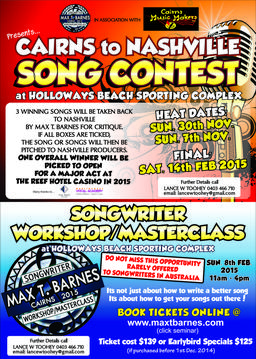 ​​​​​
Welcome to all you Lyricists, Song Writers, Music Writers, Recording Artists, Producers, Publishers, Artist and Group Managers.....Welcome to my website.At this site you will hear songs I have collaborated on with many Song Writers from all around the world. The aim of this site is to get my collaborated works out there to the Music Industry heavyweights....as well as hooking up to as many top music writers as I can muster.I am very fortunate to have connected with one of the industries top Song Writers, Max T Barnes (www.maxtbarnes.com) Max has been helping me out with not only the art of song writing, but he also has been a huge influence with helping me in understanding many other aspects of the Music industry. It has also been my honor and privilege to help Max while he is here in Australia presenting his World renowned Songwriting Seminars and also setting up his gig venues.I AM ALWAYS LOOKING FOR NEW MUSIC / MELODY WRITERS, SO IF YOU ARE INTERESTED IN COLLABORATION.....CONTACT ME​