Rick is a Songwriter/Producer/Engineer from Kingston, Ontario, Canada that has been playing a wide variety of musical instruments his whole life...

He owns a recording studio and has a cataloge of multiple original songs and instrumentals signed to Publishing companies from Los Angeles and Chicago. He has an "Associate Producing" credit with EMI/USA and has worked with various Producers such as Jack Ponti who's credits include "Bon Jovi, Alice Cooper, Skid Row" and Juno Award winning Producer Paul Milner who's credits include "Keith Richards, Luba, Queensryche, Headstones" to name a few.

He also has worked with Jonny Faye from the Tragically Hip, producing a band from England.

He has had a "Single Song of the Year" nomination in Canada and currently writes songs and instrumentals for TV and Film. His genre's include Pop, Rock, Easy Listening, Children's, Comedy and many unspecified cross genre mixes. 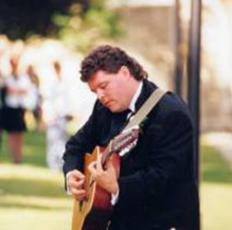