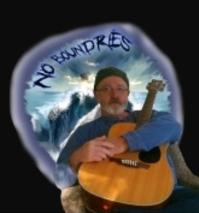 He has written or co-written over 1000 songs. Rock, Blues, Country, Ballads, Praise, the genre list is very long. He has a very vivid imagination for lyrics and song story lines. Michael has written about finding and losing love, facing death, and living life from first, second and third person perspective. There is so much in this world to write about--he has even written about being in love with his tennis shoes! Whether the tone is serious or humorous or somewhere in between, there is no subject matter he cannot put to music and bring to life.

As a Midwest regional vocalist and performing artist, Michael has played just about everywhere you can play in the area. He has recorded in just about every studio in the Kansas City area. Michael has written, recorded and produced for and with artists all around the world from Great Britain, Europe, South Africa, Brazil, Japan, and, oh yes, even the USA.

Michael says “Great music makes you feel emotion of some sort. And if my music does that for you then I did my job right.”

Some people hear voices in their heads. Michael’s voices sing to him.