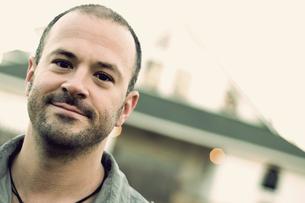 Mason Douglas has one of the most distinct sounds in Country music today: he captures Chris Isaak with his signature, sexy falsettos; Garth Brooks with his honesty & range; Springsteen with his passion and energy. Legendary Music Row journalist, Robert K. Oermann asked “Who is Mason Douglas and where has he been all my life?”…Inside Music Row has even said he’s ‘Country music’s Rob Thomas’.

A native of Tucson, AZ, Mason now lives in Nashville, songwriting, producing, and performing throughout the US at festivals, clubs, and house concerts, as well as showcasing at the famous Bluebird Café and the Ryman Auditorium. His unique power to engage and interact the audience makes him a crowd favorite – he has shared stages with Vince Gill, Trace Adkins, Terri Clark, Randy Houser, Lee Bryce, James Otto, & Jewel, to name a very few.

If you haven’t seen him live, you’ve heard him on the radio: he continues to receive national airplay with the songs “Home Free” and “Anything Can Happen”, released from his 2010 debut CD on Rural Rhythm Records (My Wild Heart), and recently had the Lost Trailers drive his co-written song “American Beauty” into the Billboard Top 40 Hot Country charts.

Mason has also been featured in numerous episodes of the ABC television hit, Nashville, and just finished his first book entitled “Now You Know Nashville“.

If you’re just being introduced to Mason Douglas, your favorite music is about to change for the better. And if you’ve seen and heard him before, you know you’re in for a hell of a ride!